"Riding The Rails In Paradise" This album is dedicated to the members of the Group of Seven.

Grace Lake is located in the beautiful Lacloche Hills near the town of Willisville. Franklin Carmichael first came to this area in 1926 and immediately fell in love with the beauty of these hills. He built a log cabin on Cranberry Lake near the Grace Lake portage trail.
One of his favourite sketching sites was on the West side of Grace Lake which he painted in 1936.
The artist returned to his beloved Lacloche Hills to paint every summer until his death in 1945. Other members of the Group of Seven painted in this area. A.Y. Jackson, Arthur Lismer and A.J. Casson also found inspiration in these hills.

A.J.Casson, L.L. FitzGerald and E. Holgate were late additions to the group of Seven. They played a very important role in the development of the early Canadian art movement. The song Painter's Country is dedicated to these artists as well as to the original members of the Group of 7.


A.Y. Jackson painted in Algoma and was part of the boxcar excursions. Jackson spent a few summers on Lake Superior in the Wawa area. He stayed with Harry Ross at the family cottage on Sandy Beach located three miles from Michipicoten River Village on Lake Superior.

The inspiration for this song came from a story told to me by Mrs. Lyman Buck and her son Brad (Brad owns and operates Buck’s Marina in Michipicoten River Village.)

Her husband Lyman Buck operated the local marina and charter service at the time of this story. He took A.Y. Jackson and a couple of friends on a three day trip to Warp Bay in July of 1962.

According to the ship’s log the group consisting of Captain Buck, A.Y. Jackson, Harry Ross and I.C. Mann left Michipicoten Harbour in the Voyageur II at 10:55 am on July 23 1962 and steered a course for Cape Chaillon rounded the S.E. end of Devil’s Warehouse Island at 14:25 and dropped anchor at the west arm of Warp Bay and lay in Warp Bay all day long.

Later that evening a luxury yacht entered Warp Bay and dropped anchor near the Voyageur II. Lyman Buck told his wife that the people on board the yacht seemed reluctant to make conversation with the “scruffy crew of the Voyageur II” …she said…”A.Y. Jackson dressed like a hobo when he went out on the boat and in the bush!...”
When the news got out that the famous Group of Seven artist A.Y. Jackson was a passenger on board the Voyageur II the whole crew where invited aboard the yacht for cocktails and supper.

Captain Buck and his crew experienced heavy fog and a rough passage home on their return trip to Michipicoten Harbour. A writer from the Globe and Mail newspaper reported that Captain Lyman Buck from Wawa was the only person he knew of that could kick around the paintings of A.Y. Jackson. Apparently the lake was so rough that Lyman Buck had to move some of Jackson’s sketches with his feet to keep them from getting wet!
with this Warp Bay Sky
Notes: A.Y Jackson would have been 80 years old at the time of this Warp Bay Voyage.
Heavy fog around the Gargantua area is often called the “Dragon’s Breath”
Associated with the Spirit Mishepeshu the Dragon image you can view
at the Agawa pictographs site.


Lawren Harris was the first to travel to Agawa. He came here in the spring of 1918 along with a friend and art patron Dr. J.M.MacCallum.
Harris had suffered a nervous breakdown earlier in the year. He lost his good friend Tom Thomson the summer before and shortly after his younger brother Howard was killed in action in early 1918.
Lawren came to Algoma in a fragile condition but soon regained his energy. This country seemed to be the remedy he needed to start  healing.
The first song I wrote celebrates his journey...here are the lyrics.

I know you like words
so words I'll use
to paint this river that I see
Frank 'Franz' Johnston was a big city boy born and raised in Toronto. He enjoyed painting the wild landscape of Northern Ontario. His painting tiltled 'A Northern Night' inspired this song.

A Northern Night ( For Frank Johnston) 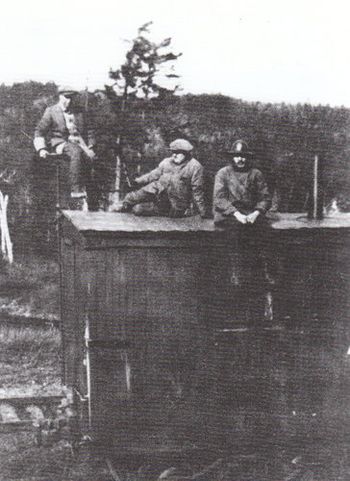 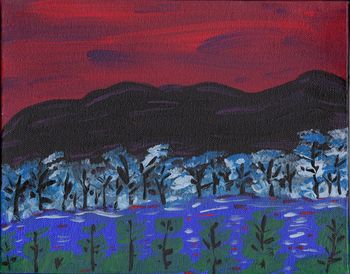 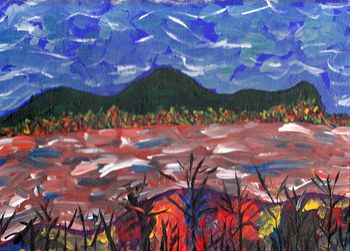